Homage to my Teachers:  The Astanga Chant

My Yoga Mentors.  Thanks for all your love! 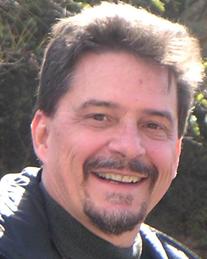 Developer of Yoga For Performers

Robert Swedberg trained originally as an instrumentalist, entering California State University, Northridge on a tuba scholarship.  He also had a strong background in choral singing and directing, which led to vocal studies and development as a singing-actor, graduating as a vocal performance major and theater minor, while also studying ballet and modern dance.  He studied voice and vocal pedagogy with Elisabeth Parham and Dr. David Scott.   Wesley Balk was an early influence in developing methodology for training the singing-actor.  After several years as a performer and stage director, Robert became Director of Special Educational Programs at Seattle Opera, which included dramatic coaching for the Singers Training Program from 1978-82.  He then spent five years with Opera Carolina as Manager and Artistic Director, again supervising the training of the company Resident Artists.

In 1987,  Robert became General Director of Syracuse Opera, and also developed the Opera Studio at Syracuse University. He was General Director of Orlando Opera from 1990-2007, and also Director of the Opera Studio at the University of Central Florida for much of that time as well.  He founded the Heinz Rehfuss Singing-Actor Awards competition in 1993, and expanded the Orlando Opera Residency and Studio programs significantly during that period. He left Orlando Opera in 2007 to devote more time to directing international opera productions, and to refining and expanding the Yoga for Performers practice.

Yoga has become an  important personal activity for Robert over the past few years, with concentrated practice and teacher training leading to initial certification in 2003, and the Yoga Alliance RYT 200 (Registered Yoga Teacher 200 hour) certification in 2004.  (www.yogaalliance.org)  In the tradition of honoring yoga teachers, going back to the sage Patanjali, Robert would like to thank his teachers: Reynaldo, Valerie, Luz Ann and Kenn, Lewis, Marilyn, Heather, Calvin and Theresa.

Robert Swedberg enjoys the challenge of helping emerging performers better their skills, and is available for workshops and demonstrations that can include yoga, coaching and training for the singing-actor, audition techniques, professional opera career guidance, and stage direction.